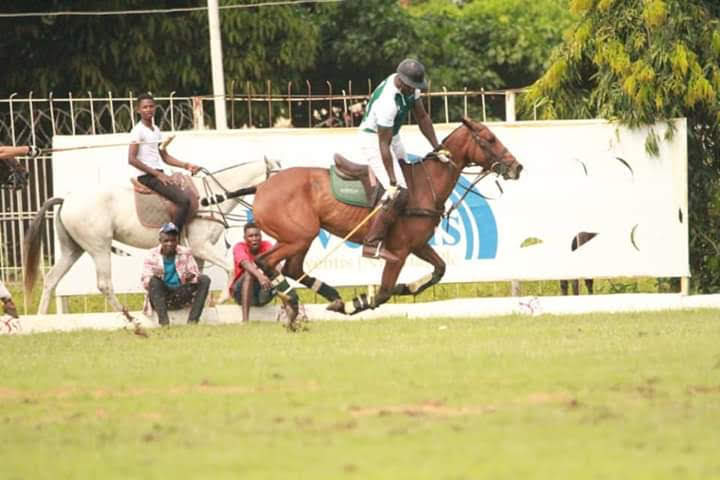 Rubicon polo team were too much to contend with for Keffi Ponies on Thursday at the ongoing Nigeria National Carnival Polo Tournament in Abuja.

The Abuja-based team and current Georgian Cup champions shut out their opponents by winning 8 goals to 4 and a half goals. Rubicon, who are looking to defend the President’s Cup, were led by Jamilu Mohammed (+3).

They also have in their team the likes of Gonzalo Bourdieu and the Badamasi brothers for a team handicap of 15. The Ahmed Wadada-led Keffi Ponies, who were short of fire power due to the absence of key player Bello Buba, had a total team handicap of 12. The Keffi-based team however boasted of other players such as the highly-rated Diego White (+7) and Aliyu Tijjani (+2), while Murtala Aliyu (+3) replaced Buba (+4) They were handed a 2 and a half goals advantage before the game to level the teams’ goal difference. As expected, it was Rubicon who drew the first blood. They scored through Abdulmalik Badamasi, and Idris Badamasi added a second to make it 2 goals to 2 and a half goals at the end of the first chukker. Rubicon continued from where they stopped in the next chukker as the experienced Bourdieu and Mohammed ran the show in the middle of the pack. They created more goalscoring opportunities for the Badamasi brothers who grabbed a brace each for a 4 goals to 2 and a half goals scoreline at the end of the second chukker. Keffi Ponies were more lively in the third chukker as Tijjani grabbed a brace for the team. But Rubicon added a fifth goal through Abdulmalik for his hat-trick and to make it 5 goals to 4 and a half goals. It was a one-sided affair from then on as the experienced Bourdieu grabbed a hat-trick of his own inbetween the fourth and fifth chukkers. Joint leaders Malcomines of Jos and Rubicon with three points each will both lock horns on Friday as the race for superiority in the President’s Cup rages on. Lintex and Keffi Ponies who are yet to register any point will face each other on Saturday. In the other games played on Thursday, Haske & Wiilliams thumped Sikka Spa & Salon 6 goals to 2 goals. The Nigerian Army whipped Susplan 6 goals to 3 goals in the FCT Minister’s Cup. Titan/M-Seven overpowered Nasiriya/IBT Talamiz at the end of a 17-goal pulsating encounter, also in the FCT Minister’s Cup

Table-toppers Dee-Bee Farms walloped Dogon Yaro Farms 7 goals to 1 and a half goals. They will now take on joint leaders Dokaji Farms in the final of the Guards Challenge on Sunday. In the Legislative Shield, Fas Agro who lead the pack with six points are already in contention to face the winner between Casiva and Sublime-60 yards in the final on Sunday. The tournament which began on Monday is expected to end with the grand finale on Sunday. NAN