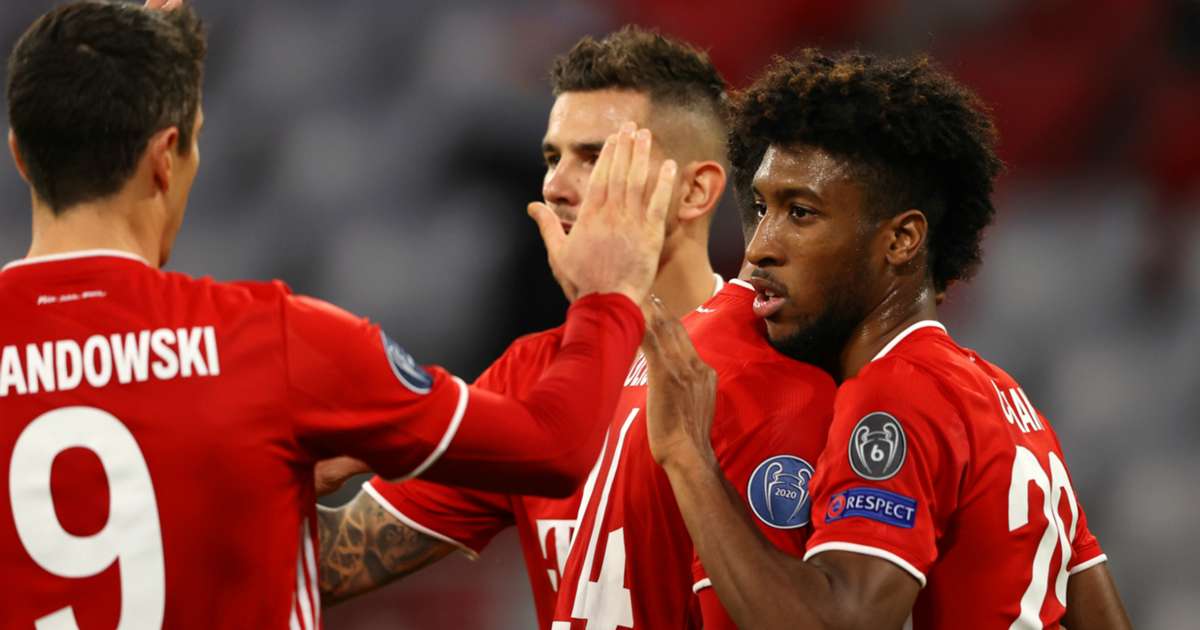 Holders Bayern Munich began their Champions League defence with a stylish 4-0 Group A victory over Atletico Madrid thanks to an eye-catching display from Kingsley Coman.

Coman scored the decisive goal when Bayern beat Paris Saint-Germain 1-0 to claim their sixth European crown in Lisbon in August. The France winger was prominent for Bayern again on Wednesday with the opening goal and a fine assist for Leon Goretzka in the first half against a sluggish Atletico

Corentin Tolisso added a third after the break with a long-range strike before Coman put the gloss on the result with a brilliant individual goal. Bayern showed the swagger expected from the reigning champions and a spectacular volleyed effort from Robert Lewandowski, which flashed across goal, set the tone for Hasni Flick’s side. The Bundesliga outfit were rewarded for their first-half dominance with a goal that owed much to Joshua Kimmich’s determination after he chased back and seized on a wayward Atleti clearance. Kimmich curled a high cross to the back post that Coman controlled deftly with his left foot before calmly stroking the ball past goalkeeper Jan Oblak with his right. Coman’s fleet footedness helped increase the advantage shortly before the interval as he twisted and turned, then slid a low ball into the area, which Goretzka crisply arrowed into the corner of the net.

Atleti’s best opportunity of the first half saw Yannick Carrasco cut the ball back for Luis Suarez, but the former Barcelona striker snatched at his shot and sent it wide. Joao Felix thought he had pulled a goal back for Atleti early in the second half, only for VAR to overrule it because Suarez had obscured Bayern goalkeeper Manuel Neuer’s view from an offside position. Tolisso extinguished any hope Diego Simeone had of his side salvaging something from the game when he struck a superb half-volley into the top corner, which left Oblak grasping at thin air. Coman then capped a fine display with the standout moment of the game. The France winger picked up the ball on the halfway line, bolted towards goal and danced his way past Atleti’s tired defence in the penalty area before striking a low angled shot past Oblak. Fotmob